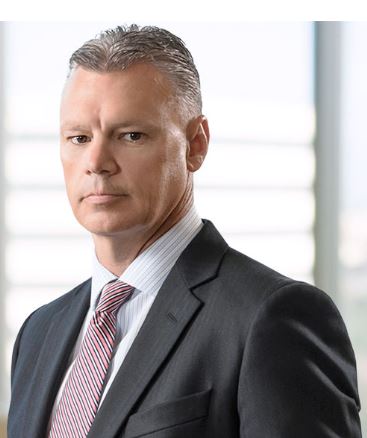 Scott Summy is the leader of the Environmental Litigation Group (ELG) and a shareholder at Baron & Budd. ELG was started by Mr. Summy in 2002 and is comprised of 30 attorneys and support professionals who concentrate on large environmental litigation across the country. In 2020, Law360 recognized ELG with its highly prestigious Practice Group of the Year awards for the United States in the category of Environmental Law.

Mr. Summy has served both in court-appointed leadership positions and directly represented clients in some of the country’s largest environmental cases with national significance. It all began with a single phone call in August 1995 when Mr. Summy was a new lawyer. He received a call from a prospective client in North Carolina who had learned that he and his neighbors had been ingesting the chemical MTBE in their drinking water wells for years. Mr. Summy took the case, and after years of fighting for the residents’ rights and going to trial, the case resulted in a record settlement.

Mr. Summy soon learned that MTBE was contaminating drinking water wells all over America. That case proved to be only the first of many to come. Mr. Summy was hired by public water providers all over the country whose residents had contaminated wells. He became the “go to” lawyer for public entities facing environmental contamination which impacted their public resources. Mr. Summy has represented public entities from the east coast to the west coast and all across middle America. He and his ELG Team have recovered billions of dollars on behalf of their clients in environmental litigation.

These cases focus on the importance of stormwater and the waterbodies where stormwater drains. ELG represents multiple public entities that have sued Monsanto for the effects of legacy contamination from PCBs. Municipal public entities have expended monies to lower the levels of PCBs from their stormwater systems. States are dealing with the effects of PCBs on precious natural resources as those resources are impacted by PCBs due to contaminated stormwater being released into waterbodies and negatively impacting the sea life there. Monsanto knew about the toxic effects of PCBs decades ago. It also acknowledged that its product had reached the status of “global contaminant.” These lawsuits are filed in multiple jurisdictions and are the first product liability tort cases in America to deal with stormwater. The Group has filed lawsuits on behalf of the Cities of Baltimore, Berkeley, Chula Vista, Long Beach, Oakland, Portland, San Diego, San Jose, Seattle, Spokane and Tacoma; the Port of Portland; Counties of Baltimore and Los Angeles; District of Columbia and the States of Washington and New Mexico due to PCB contamination.

Mr. Summy represented more than 200 public water providers (e.g., municipalities, water districts, utilities, and school districts) and private well owners whose water was contaminated by MTBE and/or TBA. Many of these cases were consolidated in an MDL where Mr. Summy was appointed Co-Lead Counsel and a member of the Plaintiffs’ Steering Committee. On behalf of these clients, Mr. Summy sought cost recovery for treatment facilities, operation and maintenance costs, out-of-pocket expenses, and administrative costs. Settlements in these cases totaled over $1 billion dollars. A settlement of particular note was for the City of Santa Monica, which was valued by the Court at $315.5 million. Mr. Summy currently represents the State of Rhode Island in MTBE litigation.

Mr. Summy also represented all public water providers in the United States whose water was contaminated with atrazine, a common agricultural chemical used on corn and other crops. On behalf of these water providers, the Group brought claims against Syngenta, the company that makes atrazine and was aware that its normal use caused drinking water contamination. Mr. Summy negotiated a settlement awarding $105 million to more than 2,000 water providers. Mr. Summy served as Co-Lead/Class Counsel appointed by the Court on behalf of all class members.

Mr. Summy and ELG currently represent more than 20 public entities in litigation resulting from the devastating 2015, 2017 and 2018 California wildfires. The firm also represents hundreds of individuals and businesses. These fires were caused by the electrical utilities’ failure to recognize permanent alterations in weather patterns caused by climate change. The utilities also failed to maintain their equipment and to adequately trim foliage surrounding their equipment. The cases are pending in four consolidated pieces of litigation – two in the North: Northern California Fires, JCCP 4955 and Camp Fire Cases, JCCP 4995; and two others in the South: Southern California Fires, JCCP 4965 and Woolsey Fires, JCCP 5000. Mr. Summy currently serves, along with Baron & Budd shareholder John Fiske, as Co-Lead Counsel for the public entities in Southern California and Woolsey Fire JCCPs. He was also appointed as Co-Lead Counsel for the public entities in the Northern California JCCP prior to PG&E filing bankruptcy. Those cases are now pending in the bankruptcy court.

In addition to public entities, Mr. Summy represents thousands of families and businesses who lost everything due to the negligent maintenance, inspection, and operations of these investor-owned utilities.

AFFF MDL – Mr. Summy was recently appointed as Co-Lead Counsel by the court in AFFF MDL No. 2873 pending in federal district court in South Carolina. This litigation focuses on PFAS contamination to the environment by its use in fire foam. The litigation focuses on the manufacturers of AFFF and PFAS and seeks damages for extensive contamination. This is the hottest environmental issue in the United States presently. Mr. Summy represents numerous public entities in the MDL. They include Bakman Water Company, California Water Service Company, City of Lauderhill, City of Pensacola, City of San Jose, City of Sioux Falls, Coraopolis Water & Sewer Authority, Emerald Coast Utilities Authority, England Economic and Industrial Development, Lakefront Management Authority, Sioux Falls Airport Authority, South Adams County Water and Sanitation District, Town of Ayer, Town of Barnstable, Town of Danvers and Town of Maysville.

GEN-X – Mr. Summy and the Group are currently seeking relief on behalf of public water providers and individuals against E. I. du Pont de Nemours and The Chemours Company for decades-long contamination of the Cape Fear River, along with the air and groundwater near the Fayetteville, North Carolina plant from Gen-X compounds and dozens of other per- and polyfluoroalkyl substances in the PFAS chemical family. For 35 years, DuPont and Chemours have contaminated the river and more than a hundred private wells around their plant. Mr. Summy and the Group represent Brunswick County, the Town of Wrightsville Beach, and the Lower Cape Fear Water & Sewer Authority as they seek to recover the costs of removing all PFAS chemicals before the water is distributed to the public. The Group also represents the owners of most of the private wells around the plant that have been contaminated, and is seeking damages for well filtration, all costs associated with filtration, and property damage. This case is of national significance as focus has shifted to the prevalence of PFAS chemicals across the country.

Mr. Summy’s experience with environmental litigation led to a leadership role in the litigation arising from the Deepwater Horizon explosion and oil spill in the Gulf of Mexico. In 2010, he was appointed to the Plaintiffs’ Executive Committee and Plaintiffs’ Steering Committee in the Gulf Oil Spill Multi-District Litigation in the Eastern District of Louisiana. In that capacity, he played a critical role in negotiating a settlement and claim procedure for the tens of thousands of individuals, businesses, and governmental entities injured by the oil spill. To date, the value of this settlement is estimated to exceed $14 billion. Mr. Summy and the Group also represented hundreds of businesses with claims against BP and have recovered in excess of $100 million on behalf of these clients.

Mr. Summy and the Group were involved in developing successful product liability theories against the makers of nematicides applied to crops in California. These nematicides contained the scavenger chemical 1,2,3TCP. Over the last decade, Mr. Summy and the Group have represented many California public entities whose public drinking water wells were impacted by TCP. The public entities represented include California Water Services, City of Bakersfield, City of Delano, City of Livingston, City of Oceanside, City of Shafter, City of Wasco, Lamont Public Utility District and Montara Water & Sanitary District. Results to date exceed $200 million. The group currently represents San Joaquin County in their litigation.

Mr. Summy and the Group were part of the team that successfully resolved litigation for residents living nearby Duke Energy Coal Ash ponds. Chemicals have leaked from these ponds and contaminated drinking water wells with hexavalent chromium and other dangerous chemicals.

Mr. Summy regularly presents at both legal and environmental seminars. Of note, in 2003, Mr. Summy was invited to present at a seminar to discuss American Indian Tribal Concerns regarding Perchlorate contamination in the Colorado River. Mr. Summy’s presentations include the following:

2004 NGWA Groundwater and Environmental Law Conference, “The 2003 Federal Energy Bill and MTBE Liability Protection: If You Fail in Court You Can Win in Congress” (May 5-6, 2004)

Investigation and Remediation of Dry Cleaner Release Sites – Groundwater Resources Assn., “PCE – The Groundwater Contamination Problem: Who Should Pay to Clean Their Waste From Our Water?”, Sacramento, CA (April 7, 2004)

Tribal Concerns – Perchlorate Contamination Conference, “How Do We Pay The Costs of Restoration?” (September 10, 2003)

Mr. Summy has published articles regarding the legal aspects of handling cases involving chemicals that impact his clients. In 2003, Mr. Summy’s MTBE water clients were placed at tremendous risk when the “MTBE Liability Waiver” provision was added to the proposed Energy Bill coming out of the Legislature’s Conference Committee. The MTBE Liability Waiver would have stripped Mr. Summy’s MTBE water clients of their rights to pursue the major oil companies under a products liability cause of action. Mr. Summy attempted to assist his clients by criticizing the controversial provision. These are cited as follows:

“The Legal Challenges and Ramifications of Gulf Oil Spill,” Aspatore Special Report – Understanding the BP Oil Spill and Resulting Litigation – An In-Depth Look at the History of Oil Pollution and the Impact of the Gulf Oil Coast Disaster, 2010; Also appeared in West’s 2010 Gulf Coast Oil Disaster – Litigation and Liability, October 2010

One article authored by Mr. Summy was picked up by legal journals and mainstream publications in 124 instances in 15 states with a readership total of 4,434,256. This article was entitled, “Should the Public Pay for the Oil Industry’s Mistake? 2003

Mr. Summy is frequently allowed to practice in states all over the country by applying for admission “pro hac vice.” This allows Mr. Summy to handle individual water cases in numerous states. Mr. Summy is licensed in the following states and courts:

All State Courts in Texas

All State Courts in North Carolina

All State Courts in New York

Superior Court of the State of California, County of Contra Costa

Selected as a Fellow of the American Bar Association (2019)

Winner of the prestigious Burton Award for “Poisoning the Well,” Trial Magazine (August 2016)

Selected to be included as a 2013 Top Rated Lawyer in Energy, Environmental, & Natural Resources in the April issue of The American Lawyer & Corporate Counsel magazine

Selected by Benchmark Litigation, the Guide to America’s Leading Litigation Firms and Attorneys, as a Leading Plaintiffs Star in Texas (2012)

Selected to be included in Lawdragon, 500 Leading Attorneys in the U.S. (2009 edition)

Mr. Summy is actively involved in organizations that are important to his clients, public and private well owners. He was selected in 2003 to become a member of the Board of Directors for the nationally acclaimed Western Environmental Law Center. Organizations in which Summy actively participates are as follows:

Fellow of the American Bar Association

Mr. Summy has endowed a Pre-Law Scholarship in his namesake at his alma mater, Tarleton State University